This museum belonging to the "Fundação Berardo" (Joe Berardo Foundation) has a twofold interest in the national artistic panorama. On the one hand, it intends to be a reference museum space in Portugal, on the other hand it will be installed in the seventeenth-century Palácio dos Henriques (Palácio Tocha), declared as Public Interest Monument, also contributing to the rehabilitation and preservation of the city's heritage and diversifying the cultural offer.

The works of adaptation of this palace to a museum have a scheduled time completion and later opening for the summer of 2019.

This pre-Pombaline palace with probable construction in the early XVIII century will substantially maintain the compartmentalization of the main volume. The alterations to be carried out respect and preserve the architectural and decorative elements considered of cultural, historical and patrimonial value, particularly in the level of tiles and mural paintings on ceilings. The facades will be rehabilitated and the masonry will be treated and cleaned.

This building is characterized by its rooms and corridors covered by tiles from the 17th century. With three floors above ground, the ground floor is intended for the reception but also has exhibition rooms, sanitary facilities, storage and technical areas. The first floor considered the most magnificent floor of the building has exhibition rooms and storage areas. On the top floor are the offices, meeting rooms, computer room and a small kitchen. The roof covers are all new and with the original layout and appearance. 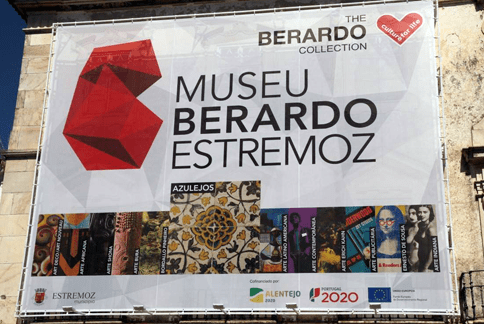